For five months Peter Kibobi woke every morning to span a section of the Mombasa-Nairobi highway to check on wild and domestic animals killed on the road, knocked down by vehicles. “There was not a single day that went without recording any deaths,” tells the young researcher working on his Master’s degree in wildlife management.

“The focus of the research was to identify the hotspots where most hits occur,” tells Kibobi. “Railways and roads impact everything.”

His data compliments the six-year study by Action for Cheetahs in Kenya (ACK) to confirm the hotspots and document the impact of infrastructure development in wildlife zones.

“This is an important research that has never been done in Kenya,” states Mary Wykstra, “especially to encourage engineers to incorporate wildlife crossing into future design infrastructure.

“It is also to pursue the need to modify crossings along existing hotspots to allow safe domestic and wild animal crossings.”

The majority of the animal deaths during the study were domestic dogs. Cattle, sheep and goats were also among the carnage. Collisions not only result in animal death, but also causes emotional, financial and life threatening strain on the driver as well as financial loss to the owner of dead domestic species.

Wykstra founded ACK, monitoring wild cheetah outside protected areas. One of the most surprising outcomes of ACK’s surveys in the first decade of the 21st century were the cheetahs residing in the hilly Salama enclave where truckers ply the A104 route 24/7.

While on the surface, it may seem like a simple exercise to build wildlife crossings, it requires studying the movements of wildlife because each has different needs when it comes to crossing roads.

According to ACK’s data along the Mombasa-Nairobi highway, some animals are residents in areas but they need to cross the road every day for water, grazing and to find mates. Animals like dikdiks, hares, gazelles, spotted and striped hyenas, aardvarks and aardwolfs, civets are wild animals that few motorists notice. On some days, Kibobi’s data recorded cheetahs, lions and eland. “Each species’ needs are different,” continues Wykstra. “And so are their crossing zones. Migratory and wide ranging species cover large spaces, so they don’t ever learn to cross safely.”

Wildlife mortality is not limited to roads but any linear development such as transmission lines, pipelines and railways.

This is a relatively new science called, “linear ecology”.

A recent case that went unnoticed in Kenya is that of a cheetah sliced in half by a fast train on the SGR passing through the supposedly protected area, Tsavo East National Park. It did not cause a public outcry.

But in California, US, P-61 as the Mountain lion was called, became a public figure when he became the first GPS-tracked cougar to successfully cross a busy 10-lane freeway. But the four-year old lion was killed by a truck in the early hours of July 19. The camera images show P-61 being attacked by an uncollared male defending his territory. P-61 dashes across the road and is fatally hit.

It was everywhere in the media – on radio, magazines, newspapers, TV and social media – prompting the citizens to donate millions of dollars to build an overpass over the freeway dedicated to wildlife. According to the California Department of Transportation the overpass is in its final design stages.

“We all need to do something if we are to save our wildlife,” states Wykstra. “We do not want to wait until we are about to lose the last of one of Kenya’s endangered species before we act.”

In places like northern Kenya, where the ambitious Lamu Port-South Sudan-Ethiopia-Transport (LAPSSET) corridor is inching its way forward and set to triple traffic with its new and wider tar roads, the pipeline, pylons, transmission lines and the railway to Mogadishu, safe crossing zones for wildlife can be programmed into the design plans. 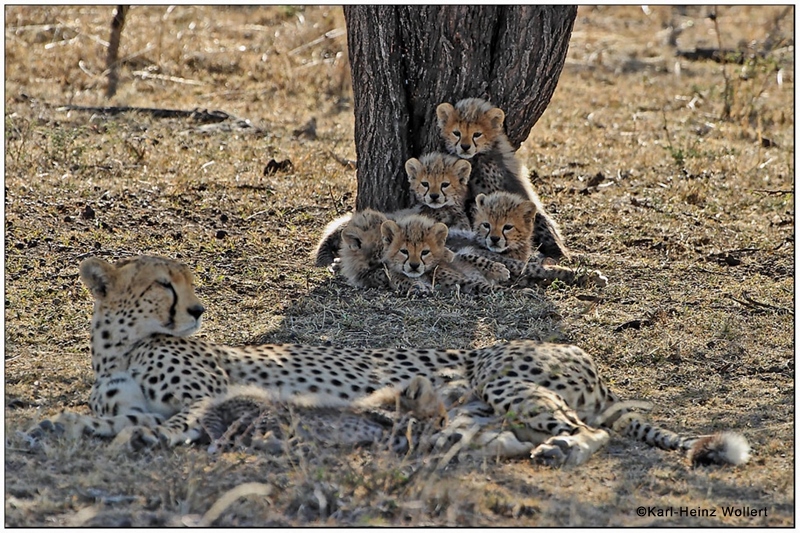 One success story features the sensibilities of collaborating with conservation biologists. El Barta near Baragoi in Kenya’s far-flung northern space is the only area where the endangered Grevy’s zebra come to give birth. When plans to build the road through this area was laid out, the conservation community like Grevy’s Zebra Trust,  Ewaso Lions, Save the Elephants and ACK formed a coalition and engaged with the road planners, presenting them with the data that the plains of El Barta were crucial to the survival of the Grevy’s zebra.

Fortunately, the road was re-routed around the plains.

This northern group is joining with Kenya Wildlife Service and the African Conservation Center to include data from southeastern Kenya where the impacts of rapid development are already felt. Their goal is not to try to halt development, rather to work collaboratively to provide data that will allow safe passage for domestic and wild animal movements.

On the other hand, when the energy sector erected pylons for power transmission, nobody was consulted. The pylons and transmissions are killing thousands of birds that fly into them including the endangered like the Ruppell’s vulture and the migratory.

On the Mombasa-Nairobi highway, not far from Salama is Konza, dubbed the Konza Technopolis, a proposed technology hub planned by the government. The Kenya National Highways Authority (KeNHA) is not only widening the road but diverting it though a large area of flat plains that is the only bit of land left for wildlife – both the resident population and the ones from Nairobi Natioanl Park and Amboseli that use this as a dispersal area during the dry season.

“Our highways are expanding at an amazing rate,” finishes of Wykstra. “The infrastructure has to be sustainable if we want our wildlife to live. Otherwise our economy is not going to grow.”

Travel and tourism supported 8.8 per cent of the Kenya’s GDP in 2018. According to the World Travel and Tourism Council (WTTC), the tourism industry’s total contribution to GDP in 2015 was 9.9 per cent. And previous to that it was 10.5 per cent.