air,” according to Reinhard Bonke, one of many Nairobi city residents who agitate for the preservation of the park for posterity through the Friends of Nairobi National Park (FoNNaP).

There has been constant human-wildlife conflict because the park is home to lions and leopards and is in close proximity to the city in the north and herds of cattle and goats in the south where it borders the sprawling Kapiti plains where livestock is the mainstay of Maasai communities.

But this is not the biggest threat — human activity is. And recently there was a suggestion to re-develop a camp inside the park, which caused uproar.

In early April, the first draft of the management plan for Nairobi National Park 2020-2030 was presented by the Kenya Wildlife Service (KWS), the custodian of the country’s national parks, reserves and wildlife. It gave the public two weeks to respond.

However, conservationists questioned the agency only giving 14 days for stakeholders to read and comment on the vital 100-plus page document, which was unrealistic given the Covid-19 pandemic and restrictions on movement in the country.

“KWS and the tourism ministry put the plan together and then informed the public which is like building the family home and then asking them for comments,” said Akshay Vishwanath an environmentalist who has been actively involved in issues on the park’s management for a decade. “To get the plan right, you must engage the family from the very beginning.”

Many national parks in Kenya are operating without a management plan. To develop one, the leadership at KWS must see it as a priority and set funds aside for it. The Nairobi National Park’s previous management plan expired in 2010.

“Management plans are the cornerstone of any park management and it should be a significant department of KWS. At the moment the agency is understaffed,” said Mr Vishwanath.

“The process should ideally involve stakeholders. That includes anyone from ecologists, communities, urbanites to even school children. Because of its unique location, city residents are legitimate stakeholders who may want more recreational facilities in the park,” he added.

KWS’ first draft management plan for the park caused a furore because it contained plans for “a high-end eco-lodge.”

“The issue was actually about upgrading the already existing high-end temporary camp inside the park,” said Mr Vishwanath, adding, “The site is on lease and KWS would advertise it for competitive bidding once the lease is over. It was never about building a hotel. After the backlash, KWS updated the draft management plan, which is clear in that it refers to a permanent tented camp.”

The current tented camp is temporary and can be dismantled without any damage to the forested glade where it is located. In its place, a proposed 20-bed permanent tented camp will be constructed, with the least impact on the environment.

“But the building plans have to be presented to the KWS and the plans made available to the public,” said Mr Vishwanath.

“KWS first produced a comprehensive draft management plan based on a vision for all the parks. This draft, however, was not well adapted to Nairobi National Park, which is an extremely small national park where wildlife can still be seen in natural surroundings, making it a priceless asset,” said Fleur Ng’weno, one of the country’s leading naturalists and honorary secretary of Nature Kenya.

“To their credit, KWS listened to stakeholders and produced another version of the Draft Management Plan 2020-2030, which is much more appropriate for Nairobi National Park and the current economic situation,” she added.

The revised draft has strengths that should be lauded. The issue of fencing the park — by adding more land inside the fence — is included under “habitat improvement in the park coupled with progressively fencing willing land owners in the park’s buffer zone including within the park boundaries some of the conservancies, private land and government land on the other side of the Mbagathi River is surely the most promising action to save the value of the park. It will allow the wildlife to follow their normal migrations, although not going very far.”

“Other positive points are collaborating with communities surrounding the park, for the benefit of both the park and the communities; recognising and addressing some of the impacts from outside that affect the park, such as water pollution; and recognising that mammals and reptiles are not the only assets of the park, but there are also endangered birds and rare plants that add value to the park and need to be managed and conserved.”

However, on the downside, the draft overestimates the importance of international tourists and underestimates how popular the park is with citizens and residents.

“In the past year, visitor numbers had already grown significantly. In this time of coronavirus, while so many other sectors of the economy are down, visits to Nairobi National Park continue to increase exponentially, as more Nairobians discover the safari at their doorstep,” said Ms Ng’weno.

But, a section of Kenyans is still concerned that the new standard gauge railway, the Southern Bypass and roads to the inland container depot have cut across the park, despite the park’s land being gazette.

“The government allows developments inside parks because of political expediency and impunity,” said Jim Karani, an environmental lawyer, adding, “It has repeatedly violated the law. NNP’s management plan expired in 2010, meaning every development inside the park was done in violation of the law. It was the argument we relied upon when Kenya National Highways Authority and Kenya Railways were sued for the Southern Bypass and SGR respectively.” The cases are still in court.

“Ownership must be the objective of our park’s management plans,” said Mr Vishwanath.

Stakeholders have until end of June to submit their comments for the third draft.

In early April, the first draft of the management plan for Nairobi National Park 2020-2030 was presented by the Kenya Wildlife Service, the custodian of the country’s national parks, reserves and wildlife.

It gave the public two weeks to respond. However, conservationists questioned the agency only giving 14 days for stakeholders to respond to the vital document.

RUN WILD TO MAKE A DIFFERENCE

Love your meat; make sure the animals are treated well 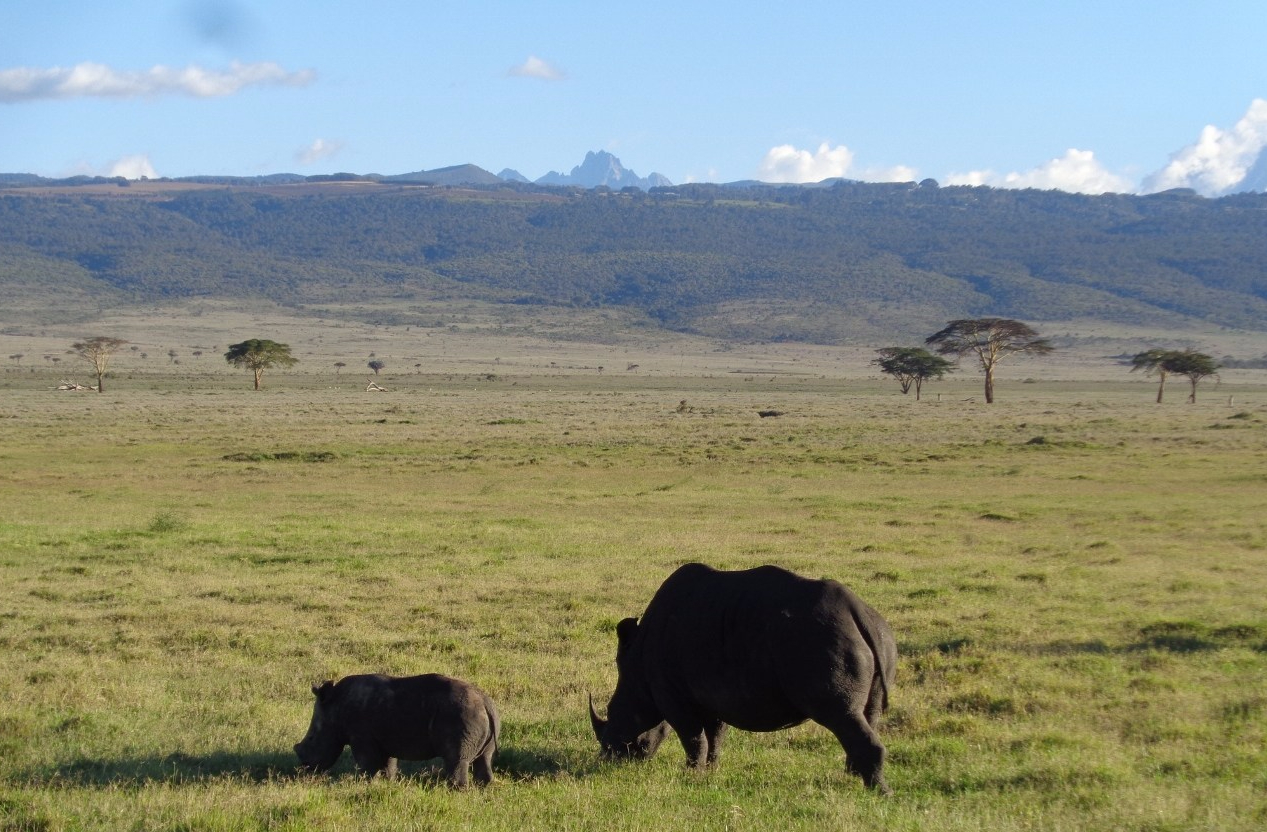 Shots by Sidney Shema…fascinated by birds

2012...a hard of elephants browsing around a thorn