Living it up on Lukenya Hill

Above: Giraffes on top of Lukenya Hill. Copyright Rupi Mangat

We’re on the hill lurking in Nairobi’s south-eastern skyline where ancient humans lived. I’ve always been intrigued by Lukenya Hill, the flat-topped rocky outcrop emerging from the Athi-Kapiti plains. In my mind’s eye, l see our ancestor, the Homo erectus scanning the volcanic plains below to make a hunt. It’s simply surreal.

The Era of Stone Age

I’m equally fascinated to learn that this hill which l have driven past countless times is one of the richest Later Stone Age sites in East Africa and that eastern Africa is where the transition from the Middle Stone Age to the Later Stone Age happened first. This was between 50,000 and 39,000 years ago.

Students of prehistory have also found sophisticated stone tools called microlithic tools made by our Stone Age relatives around the hill – a departure from the palm-sized hand axes made by the earlier ancestors. These monolithic tools were about a centimetre in length used between 35,000 and 3,000 years ago across Europe, Africa, Asia and Australia. They were used as spear points and arrowheads to hunt. In terms of development, it’s like comparing the first chunky computers to the modern day microchips. 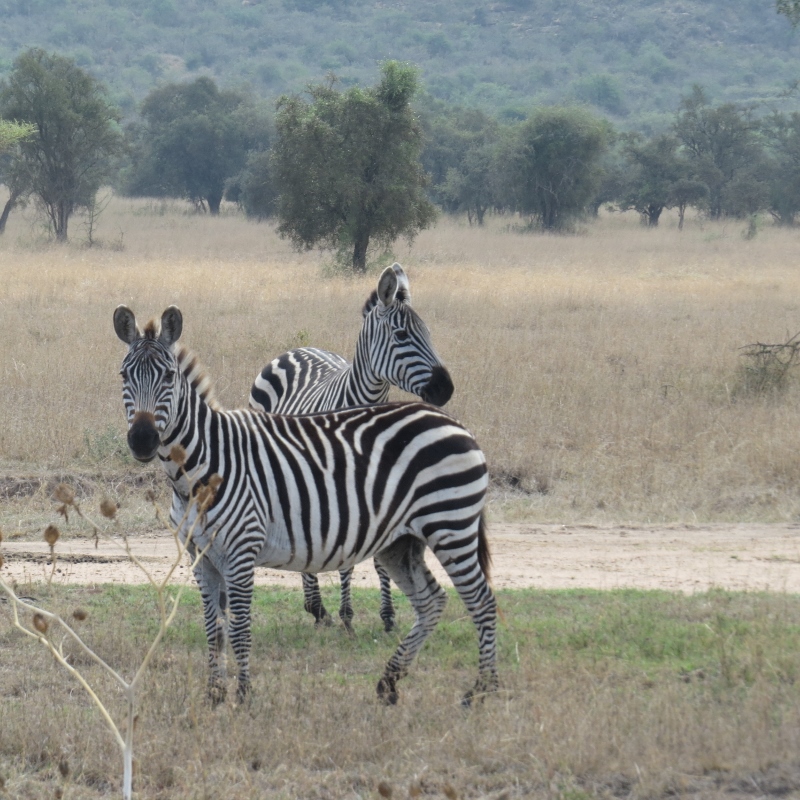 Zebra on the plains of Lukenya Hill. Copyright Rupi Mangat

Our guide from Lukenya Getaway shows us the path to the hill and as if all the stars are aligned in our favour, Dr David Kasanga of Lukenya Schools driving down stops to ask us if we’re lost. We’re looking for a way up we reply. Most of the hill is under private ownership so we’ve taken our chances to explore. Dr Kasanga invites us to spend the day and the drive uphill becomes even more exciting with herds of giraffes and zebra, wildebeest and eland, gazelles and impala with birds everywhere.

“The hill is part of several private farms,” explains Dr. Kasanga. “The wildlife roams free and although this is not a conservation area, there is no poaching. The Kenya Wildlife Service patrol and manage the wildlife here.

“We have plenty of leopard, cheetah, giraffe, eland, zebra, hyena, antelopes, birds and reptiles.” After a second he adds, “We also have the black eagle.”

The black eagle is the Verreaux’s eagle that’s also found on the cliffs of Baringo and we are suitably impressed for by now we have seen the Martial eagle, one of Africa’s mightiest. By the end of the day, the Nature Kenya birders clock in a 100 species including the Great spotted cuckoo flying in from the north while on the plains a stately Secretary bird stomps on a lizard and swallows it whole.

According to our host, it is said that Teddy Roosevelt the 26th president of the USA camped on neighbouring farm on the hill in 1909 on his expedition to Africa after he finished term as president. He led the Smithsonian–Roosevelt African Expedition to collect specimens for the Smithsonian’s new Natural History museum, now known as the National Museum of Natural History. Later, tells our host, the hill where Daystar University is, was a prison for Mau Mau freedom fighters where hard labour was done.

The further we drive into the hill, the more the birders jump out of the cars in chase of a bird. Bare rock faces glint under the sun and high up someone exclaims ‘pelicans’. Sure enough stretching our necks to look directly above us with binoculars are the great big birds riding the hot air thermals.

The land becomes even more fascinating from the highest ridge. In a 360-degree turn around, l have the Ngong Hills followed by the Aberdare Mountains in the horizon. Closer is the massif mound of Ol Donyo Sabuk or the mountain of the buffalo and the Mua Hills. On clear days the Mount Kenya and Kilimanjaro show off their mighty peaks while directly below us is the expanding urban sprawl of Nairobi and Athi.

The earliest excavation on Lukenya Hill was carried out by the famous fossil finders – Mary and Louis Leakey in the 1940s. The hill was used for teaching amateur archaeologists. Up to date, over 300 prehistoric sites have been documented on the hill.

In the passage of time many of these sites have been destroyed without even realizing it by the descendants of the earlier Homos.

Once a mosque – now a gallery – copyright Rupi Mangat

Lukenya Hill is part of a private farm and visitors need to make prior arrangements before visiting.

For bookings: Call Lukenya Schools on 0720716709 or http://lukenyaschools.ac.ke/contact-us/ There is a campsite with water and kitchen facility. Carry your camping gear. A guide can be availed on request. Camp fee is 500 per person per night.  Hiking and bird watching are Ksh 500 per person per day.

The Mountain Club of Kenya also has a private campsite and uses the rock face for technical climbing.

Join Nature Kenya for amazing day trips around the city.

On High Water in Nakuru

Cave into Camping Culture for Christmas