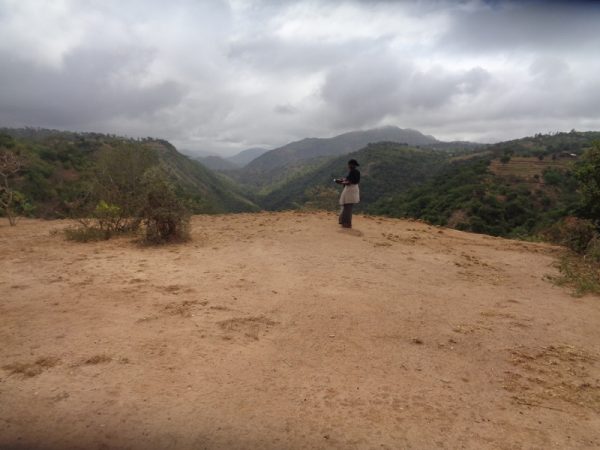 A deep narrow gorge cuts across the land. It’s full of forest and steep slopes that few venture into. We’re 30 kilometers west of Kitui the capital of Kitui county and had we been alone, we’d miss Ikoo Valley by the side of the road.

About the size of Rwanda, Kitui is the new kid on the block.

Our next destination is Mwingi for lunch which until a few years ago was a dusty roadside town enroute to Garissa. It boasts a smooth tarmac road all the way from Nairobi– with smart shops and businesses coming up.

Well fed, we take the dusty road up to one of the ‘new’ hotspots in the county – Muumoni Hills on its northern fringes.

The range stretches across the skyline, breathtakingly beautiful. It reminds me of Rwanda ‘the country of a 1000 hills’ minus the mountain gorillas.

In 2006, researchers from the National Museums of Kenya led the first expedition to the mountains. Kitui’s hilltops are now increasingly attracting researchers and intrepid tourists because there’s so much to discover in them. 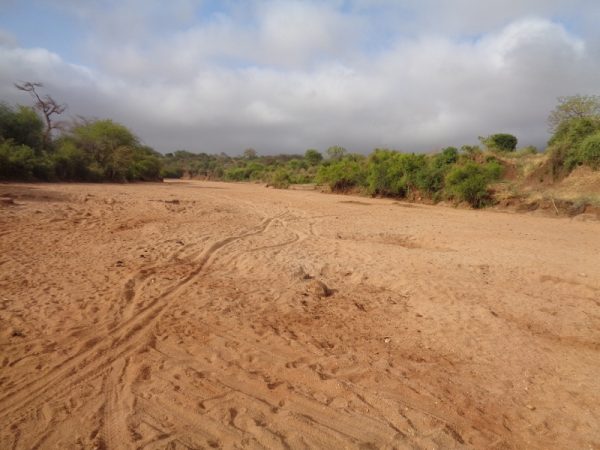 There’s a drought and we drive over the many wide river beds glistening with sand. Women holding the ubiquitous calabash to scoop water from holes dug in the dry riverbeds fill the yellow debes to load on their donkeys. The small farms with maize, millet and sorghum have been harvested amidst the thorn scrub and hardy trees full of red pods.

The road narrows and finally it’s a footpath. David Musyimi of Muumoni Hills Site Support group leads us up the hill. The higher we climb, the cooler the forest air. A porcupine quill lies on the ground, a snake skin on the dry twigs and the holes of the underground burrows of the nocturnal porcupines, aardvarks and honey badgers.

With the fading light we turn around and l gasp for we’re surrounded by peaks and gorges with the rays of sun splashed on them. On the plains below, tiny villages dot the landscape with the thin strip of murram and the faint sheen of Kiambere dam in the distance.

Day two. Up at 6 a.m. we drive from Mwingi to the hills again, determined to make it to the highest point and spend the day exploring the mountain caves and springs. We’re joined by the rest of the local nature group that was formed in 2016.

It’s like walking through a pharmacy with medicinal plants including the ‘Loliondo’ plant that took Kenyan’s by storm in 2011 when a Tanzanian quack claimed it as a quick-fix cure.

On the higher slopes the dryland forest gives way to pine, podo and eucalyptus plantations and hours later, we’re on the high point at 6,000 feet marked by a hole which once supported a pole.

It’s a beautiful site for a campsite with butterflies of many colours flitting around. We take a break sucking on juicy mangoes that are in season. While everyone filters out in search of birds as the hill is one of Kenya’s newest Important Bird Area because of its rare species, l lie down to stare at the sky through the forest canopy.

Walking downhill, Musyimi stops to pick up a wooden pole. “This was a homestead 50 years ago. Now no one is allowed to settle on the hills. This wooden pole was used for the granary – it’s from a tree that is locally extinct.”

We head for a gigantic cave that was a Mau Mau hideout. The gigantic slabs are camouflaged by the forest trees. A clear spring flows by – a good spot for the freedom fighters of yore.

In the late afternoon we reach the plains where the group has an office and are treated to a traditional meal of shredded maize called muthokoi and mangoes by the sacred and largest fig tree on the hills.

It’s been a full day on the hills. Leaving the picturesque village on the foothills, we’re presented with freshly harvested honey. Kitui’s honey is veritably the finest in the country.

In the Eastern province of Kenya, border Tana River in the east, Taita-Taveta and Kilifi to the south, Makueni, Machakos and Embu in the west and Mbeere, Tharaka Nithi and Isiolo to the North.

Nairobi to Kitui – 174 kms via Thika road enroute to Garissa